California election workers will have the ability to keep their personal information private under a bill currently moving through the California Legislature. Senate Bill 1131, authored by State Senator Josh Newman (D- Fullerton) and co-sponsored by the California Voter Foundation and the Brennan Center for Justice, will allow election officials and their staff to enroll in state address confidentiality programs to shield their personal data from public exposure. 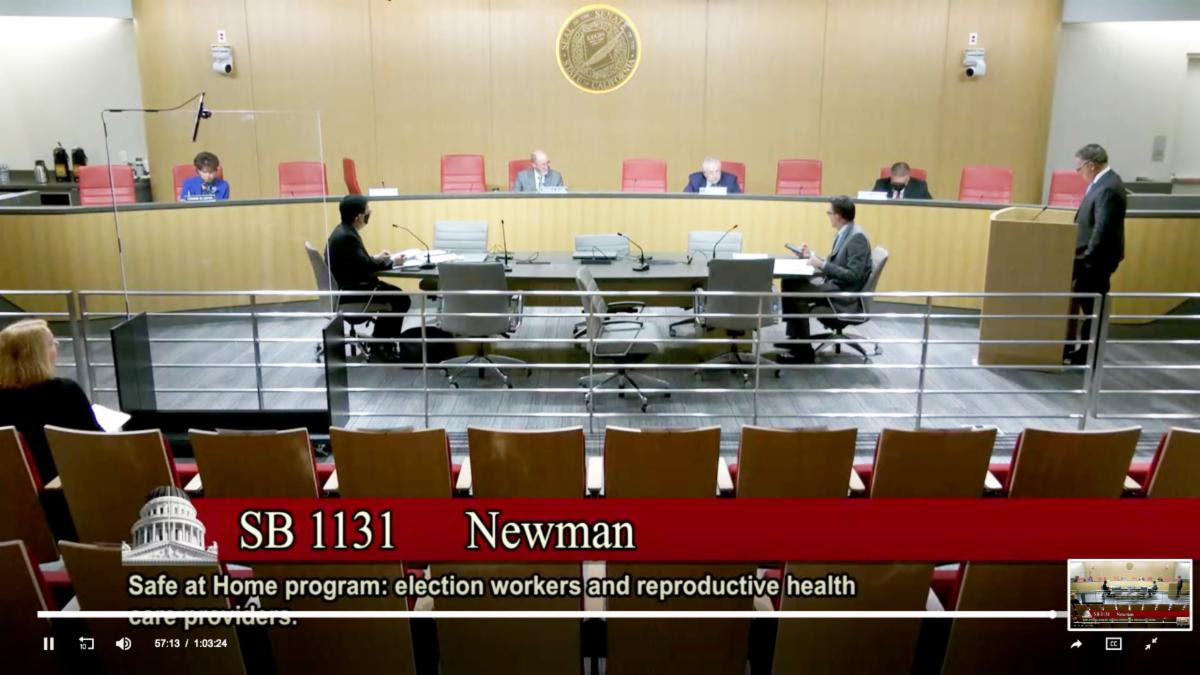 The bill was introduced in response to growing threats and verbal attacks on election officials, their staff and poll workers. SB 1131 passed out of the California Senate's Elections Committee last week with no "no" votes cast and will next be heard in the Judiciary Committee later this month.

CVF President Kim Alexander testified in favor of the bill, citing CVF's 2021 report, Documenting and Addressing Harassment of Election Officials, finding attacks and threats against election officials have grown in the wake of the 2020 Presidential election, and recommending to strengthen legal and law enforcement protections for election officials. As she told the Associated Press, "I’ve worked in election security issues for over 20 years. It wasn’t until the 2020 election when I realized that protecting the physical security of the people who administer our elections is part of election security."

If enacted, SB 1131 will allow election officials and their staff to enroll in California's "Safe at Home" program, administered by the California Secretary of State and originally developed to shield the personal information of survivors of domestic violence from public exposure. Reproductive health workers and public health officers are also allowed to enroll in the program under current law. SB 1131 would alternatively allow election workers to enroll in California's address confidentiality program designed to protect law enforcement officers and judges' personal data from being included in voter registration data requests. The bill would also end the practice of poll workers' names being publicly disclosed. Recent amendments include the addition of an urgency clause to allow SB 1131 to take effect before the Fall 2022 elections if enacted.

In her March 28th testimony before the elections committee, the Brennan Center's Gowri Ramachandran shared results from their recent survey of nearly six hundred election officials from around the country, finding:

This week CVF's Alexander and Sen. Newman were featured on KTVU-Fox News Bay Area in a segment reporting on SB 1131. As Sen. Newman told KTVU reporter Ben Lee, "it's sad but necessary that we afford the people who administer our elections some level of protection so they have peace of mind." 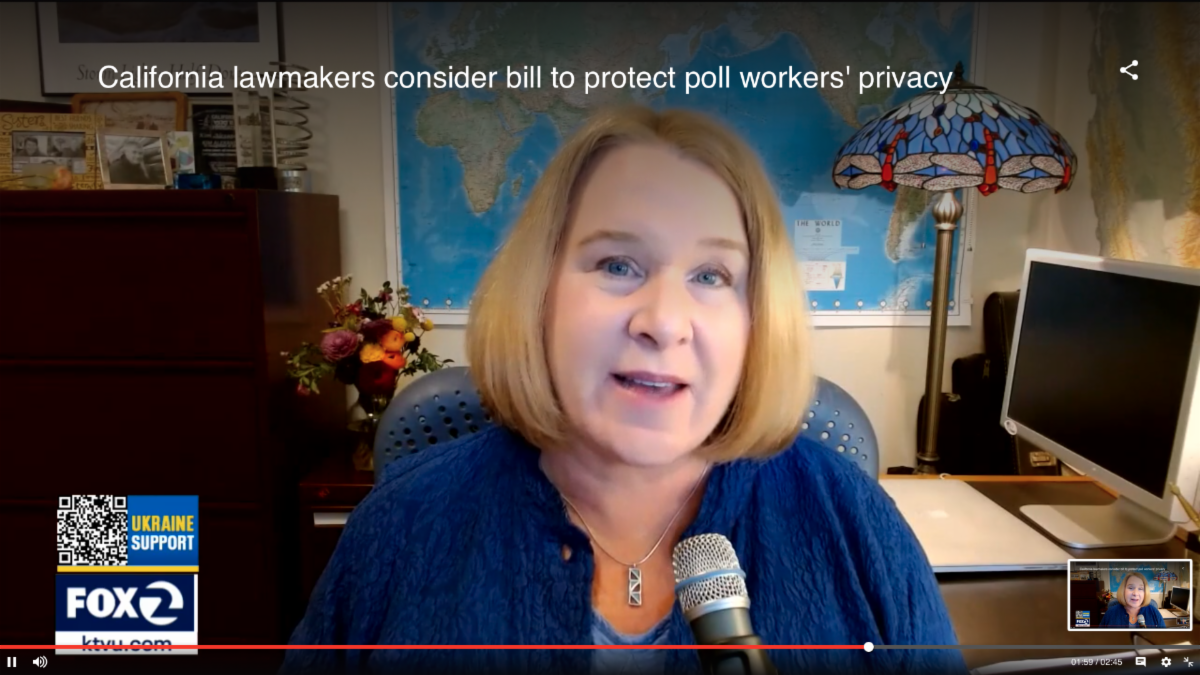 Alexander noted, "These folks are generally overworked, underpaid, understaffed and now find themselves under attack." SB 1131 was also recently covered by Reuters and The Hill. CVF's SB 1131 Letter of Support is available on its web site.

California is not the only state seeking to strengthen protections for election workers. A recent Pew Stateline article summarized efforts around the country, with Oregon, Washington and Colorado similarly moving to protect election workers' personal data. Another trend in state legislation is increasing criminal penalties for threatening election workers. Colorado passed a law last year making it a felony to threaten an election official or their family. This year in Oregon and Maine, legislation is being considered to make it a misdemeanor to threaten or interfere with election workers. Colorado and Washington are considering bills to make it a crime to post personal information about election officials online.