New voting systems in place for many California counties 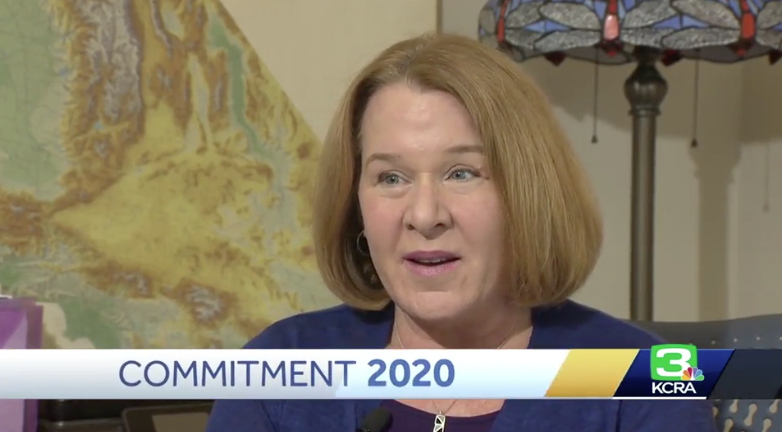 California’s presidential primary is just 11 months away and work is already in progress to make sure the state is ready to count every vote.

The California election map is changing thanks to the Voter’s Choice Act, and there are now 11 counties that have replaced neighborhood polling places with voting centers. Voters in Los Angeles County will not automatically be sent a vote by mail ballot, but they will have to request one.

In three rural counties – Sierra, Plumas and Alpine – residents can only vote by mail.

The bottom line is that how you vote increasingly depends on where you live.

There are now 20 official candidates running to capture the Democratic Party nomination.

“Oh my gosh, it's too many,” said Sacramento voter Nam McElloy.

Confusion over the candidates – and potential confusion over voting – because California’s 58 counties will use four different voting models, according to Kim Alexander, president of the California Voter Foundation.

“My concern is there will be a fair amount of voter confusion,” Alexander said. “Because neighboring counties are going to be offering different voting models throughout California.”

She added that voters in Sacramento and El Dorado counties will be using vote centers to cast their ballots or voting by mail, but in Yolo County, residents will still be voting in person in neighborhood polling places.

And, across California, there is growing concern about foreign agents meddling into our elections.

“I know the Russians are constantly trying to get into the United States, to hack into our security,” said Robert Bredwell, a Sacramento voter.

The California Secretary of State’s office has been busy preparing for any sort of attack.

“We certainly have to operate every day like we're going to be a target,” said Sam Mahood, press secretary for Alex Padilla, California’s Secretary of State.

And that’s why California is now asking all 58 counties to certify their voting systems, with the goal of having all of them updated to the latest security standards before the presidential primary next March.

And California now has a system in place to prevent ballots from being hacked.

“No voting system can be connected to the internet,” Mahood said. “Also, every ballot (must) be on paper or have a voter-verifiable audit trail, so that way we can audit the results after the election,” Mahood added.

So how are things going?

Right now, California has 20 counties with certified voting systems, and 25 more are now in the process of getting new systems, Mahood said.

That leaves 13 counties that may have to ask for extensions.

“But we know the vast majority of them are using them as a contingency and will also look to replace their system ahead of the 2020 election,” Mahood said.

And for California’s 5.6 million people registered with "No Party Preference," the rules for voting in a presidential primary are complicated.

Independent voters who want to vote in the Republican Party primary will have to register as Republicans.

The Democratic Party allows independent voters to participate, but they will have to request a Democratic ballot from their local county registrar of voters. (full story)