Kim Alexander is president of the California Voter Foundation (CVF), a nonprofit, nonpartisan organization she re-founded in 1994 to advance the responsible use of technology in the democratic process and improve the voting process to better serve the needs and interests of voters.

Through her work with CVF, Alexander has engaged in a variety of issues where democracy and technology intersect, working to ensure that democracy is enhanced, rather than harmed through technological changes. 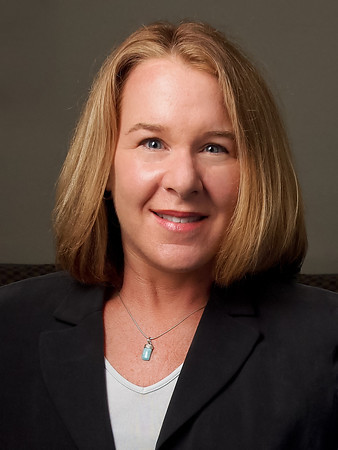 Under Alexander’s leadership, CVF has pioneered and promoted good technology and democracy practices and programs that benefit California voters while also setting a good example for other states.  The effectiveness of this strategy has been repeatedly demonstrated throughout the years Alexander has led CVF, with other states following California’s lead in online voter education, Internet disclosure of money in politics and election security.

Alexander has led a number of programs and projects on behalf of CVF since 1994. Beginning in the mid-1990’s, she and CVF successfully advanced electronic filing and Internet disclosure of campaign finance data in California and nationwide, through a series of reports assessing and grading states' online disclosure performance.  She has edited CVF's California Online Voter Guide since 1994, providing California voters with nonpartisan election information so that they can make informed, confident voting choices. She has also worked to expand public access to online services such as voter status lookup tools and online voter registration.

Alexander's work on behalf of CVF has been honored with several awards. In 1999 CVF’s web site, www.calvoter.org, earned the prestigious Webby Award. In 2004 Alexander received the Electronic Frontier Foundation’s Pioneer Award for her pioneering work spearheading and nurturing the popular movement for integrity and transparency in modern elections.  In 2008 she was awarded the National Association of Secretaries of State Award by California Secretary of State Debra Bowen "for being a true believer in democracy and working tirelessly to make the system work better."

Alexander is the author or co-author of several articles and publications, including CVF’s California Voter Participation Survey report, a comprehensive analysis of California voter participation barriers and incentives,  Voter Privacy in the Digital Age, a nationwide, 50-state assessment of voter registration data gathering and dissemination practices and Improving California's Vote-by-Mail Process: A Three-County Study. She was a lead researcher and author of Being Online is Still Not Enough, a nationwide assessment of state election web sites published by the Pew Center on the States in 2011, and incorporated into the Election Performance Index. She has produced numerous editions of "The Proposition Song", a nonpartisan sing-along folk song and music video to help voters prepare to vote on California ballot propositions. A member of the Future of California Elections since October 2011, Alexander and CVF work collaboratively with other nonprofits and election officials to promote improvements that improve participation and efficiency in California elections.

Kim Alexander is a 1988 graduate of the University of California, Santa Barbara, with degrees in political science and philosophy.  She is a fifth-generation Californian raised in Culver City, resides in Sacramento with her husband, and enjoys traveling, swimming, playing music and all things California.