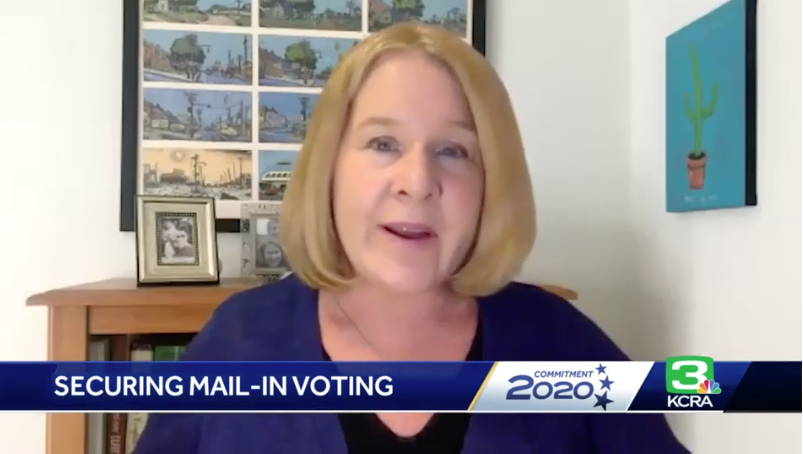 California is moving forward with plans to distribute millions of mail-in ballots to registered voters for the November election, despite continued political assaults by President Donald Trump claiming the process is unsafe.

KCRA 3 brought the allegations to Secretary of State Alex Padilla, who oversees election administration in California.

"Voters can absolutely trust the vote-by-mail system we have in California," said Padilla. "It's sad, frankly, that Trump continues to attack vote-by-mail and confidence in our elections more broadly."

"There is no basis for his attacks. It is proven to be secure," Padilla added. "Frankly, it is unconscionable. In the era of COVID-19, we should be looking for more safe ways for people to vote, not making it harder."

In response to the COVID-19 outbreak, Gov. Gavin Newsom signed a bill in June that requires all registered voters to be sent a mail-in ballot. The law aims to prevent large gatherings at polling sites amid the novel coronavirus outbreak. Mail-in ballots postmarked by Nov. 3, Election Day, can arrive up to 17 days after the election and still be counted.

"We need to let people know, voting by mail is a safe option," said Kim Alexander, founder of the California Voter Foundation, a nonpartisan group promoting transparency in the voting process.

"Every ballot has to be put in an envelope, and every envelope has to be signed by the voter. This is an identification envelope. It's uniquely coded to each voter," explained Alexander on the safety measures.

"There are several measures in place to protect the integrity of your vote. Between watermarks and distinguishing features and paper types, it is really hard to mess with legitimate ballots and insert illegitimate ballots in the process," Padilla added.

"There’s a lot of misinformation and confusion out there. Unfortunately, some of it is being sent by our president, confusing people about vote-by-mail, making claims about it, so that can undermine voter’s confidence," Alexander explained

As for concerns over ballot rejection, the California Voter Foundation found 1.7%, or just over 100,000, of state vote-by-mail ballots for the March primary election, were not counted.

"They were postmarked too late or arrived too late to count, or the voter didn't sign the envelope, or their signature did not match the signature on file with their elections office," Alexander said. "It's going to be really important to urge people to return their ballots early."

In addition, the study found young voters in Sacramento County were most likely of any age group to experience ballot rejection.