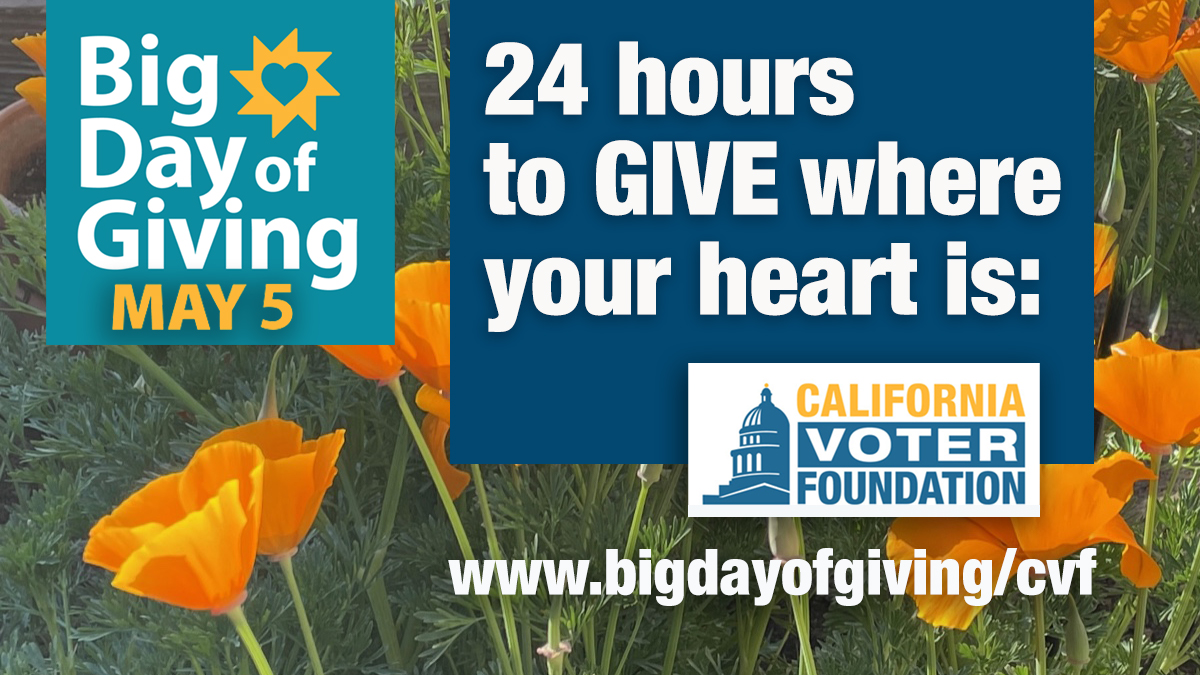 This week we are celebrating Big Day of Giving along with hundreds of other nonprofits in the Sacramento region! I hope you will join in by donating to the California Voter Foundation and supporting our work improving the voting process to better serve voters through Big Day of Giving, via PayPal or by check.

Election officials in California and across the country are facing an increasingly hostile and threatening public. The number of threats and amount of harassment election officials and their staff are enduring is unprecedented. CVF exposed this crisis in its landmark 2021 report, Documenting and Addressing Harassment of Election Officials. In response, CVF has formed a nationwide network of leaders across a number of sectors to defend and build a community of support for election officials and election administration.

CVF is co-sponsoring legislation (SB 1131) with the Brennan Center for Justice to strengthen California laws to protect California election workers’ security and safety by allowing them to enroll in address confidentiality programs.

CVF is working with numerous voter advocacy groups to appropriate $85 million in the next California State Budget to fight back against election mis- and disinformation by ensuring trusted information sources - state and local election officials - have the resources they need to reach all voters, especially young Californians and people of color who are underrepresented among the voting public.

CVF has joined with Verified Voting, the Electronic Frontier Foundation and others to oppose legislation (SB 1480) that would undermine California election security by allowing ballots to be cast over the Internet.

Please support CVF with your tax-deductible donation and be part of our work keeping democracy safe and secure for everyone!