California is notoriously slow counting all the ballots and calling final election results. This November will likely take even more time with a record avalanche of mail ballots expected during the COVID-19 pandemic.

While it’s still seven weeks until Election Day, that’s the message officials are already trying to get out in hopes of avoiding confusion and concern among voters.

Nationally, it is well known that absentee ballots arriving after state deadlines, problems with a voter’s signature on the return envelope not matching their voter registration form, or a missing signature account for more than half of all rejected ballots, as the latest federal statistics affirm. But a new California Voter Foundation (CVF) study reveals the most likely causes behind those errors, especially for young voters.

Young voters are more likely to have their mail ballots rejected than older voters, according to a study out Monday examining voting in Sacramento, San Mateo and Santa Clara counties in the 2018 general election.

The research published by the nonpartisan California Voter Foundation highlights one of the greatest challenges for California's shift towards expanded vote-by-mail this election: the number of ballots that are returned, but not counted because they were mailed too late or lacked an accurate voter signature.

"One of the big changes of vote-by-mail is it shifts the responsibility for getting it right when we vote from the poll worker to the voter," said Kim Alexander, president of the California Voter Foundation.

How To Vote This November

With the 2020 election just over two months away, it’s time to start thinking about the logistics of voting. To make voting easier and safer during the pandemic, Gov. Gavin Newsom signed a bill back in May to mail every active registered voter a ballot. But many voters have concerns, such as questions about signature requirements and how to cast a ballot if you’re experiencing homelessness or displacement and don’t have a mailing address. These issues are compounded by the pressure put on the already-struggling U.S. Postal Service to handle an expected record number of mail-in ballots. We’ll answer your questions on how to vote this November.

With no end in sight for the Covid-19 pandemic, the November elections are shaping up to be an unprecedented test of the nation’s voting system. So, on this edition of KCBS In Depth, as election officials surge vote by mail systems and harden polling places, we take a closer look at the effort to create a socially distanced election. Then in the second half we speak with a longtime election reform advocate about what voters need to know to make sure their votes do indeed get counted this fall.

Kim Alexander, the president of the California Voter Foundation

Watch: How To Prepare To Vote-By-Mail In California This Election 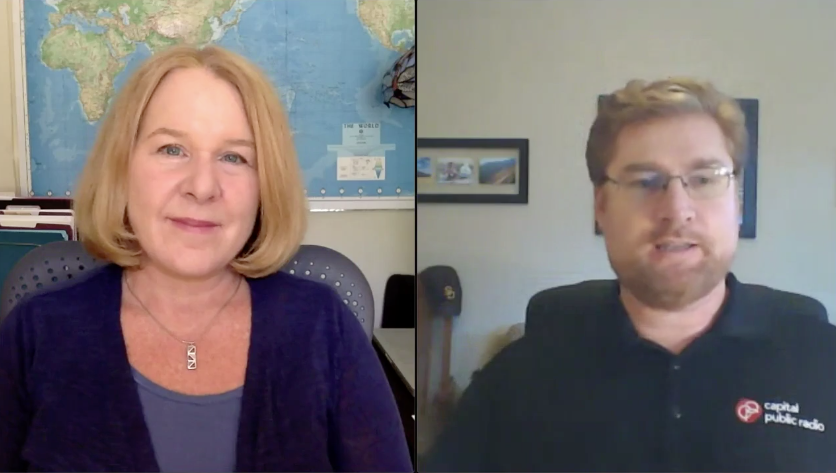 There are more than 100 days until Election Day. But with major changes ahead for how Californians will vote and a lot of misinformation floating around, elections expert Kim Alexander believes people should get prepared now.

That’s because by early October all counties will be required to send vote-by-mail ballots to the state’s 20 million active registered voters. And, Alexander said, elections officials will finalize mailing addresses as early as Labor Day.

A non-profit that works to improve the election process in the Golden State is $25,000 richer this weekend.

And KCBS Radio reporter Melissa Culross tells us the California Voter Foundation will be using that money to help people cast their ballots in November. (Full Audio)

Following the harrowing scenes of voters braving long lines and exposure to the coronavirus during Wisconsin’s primary election last week, there is a renewed discussion of the importance of vote-by-mail options.

California has long been a leader in this area, but could we see an all mail-in election by November? Kim Alexander of the California Voter Foundation joins the Capitol Weekly Podcast’s Tim Foster and John Howard to chat about the positives and negatives of vote-by-mail, and she offers some surprises — including the high number of rejected mail-in ballots and the lowdown on voter fraud.

Many voters in Los Angeles County had to stand in line for hours to vote on Super Tuesday. There were reports of glitchy equipment and confused staff, even though L.A. County was using new touch screen machines that were supposed to make voting faster and more convenient.

How did I end up with vote-by-mail status? Voting expert answers this question and more

Chuck Yates arrived at his Palm Springs polling place on Super Tuesday, prepared to vote by paper ballot as he always has. But things didn’t go as he had planned.

A poll worker handed him a provisional ballot, which he begrudgingly filled out.

Two other longtime Coachella Valley voters told The Desert Sun they had similar experiences. They said they went to their polling places on Election Day, intending to vote in-person, only to be told they had received a mail-in ballot at home. They said poll workers offered them the option of casting a provisional ballot.