Allegations of fraud in California's gubernatorial recall election spread online after Democrat Gavin Newsom survived the vote aimed at unseating him. But claims that the state refused to count in-person votes, that some polling stations told 70 percent of voters they had already cast their ballots, or that the result was determined too rapidly, are false.

Donald Trump and Republican contender Larry Elder set the stage for such claims, warning of foul play before Election Day -- a tactic employed by the now former US president in 2020.

Trump claimed in a statement that "millions and millions" of mail-in ballots would lead to a "giant Election Scam," while Elder said on the campaign trail that he was ready to sue should any "shenanigans" appear, and urged his supporters to report "anything suspicious."

Leading up to Tuesday’s trip to the polls, there was a lot of fear on both sides of the recall issue about whether or not voters really understood the choice they were being asked to make.

President and founder of the California Voter Foundation, Kim Alexander, spoke with FOX40 weeks before the election and shared concerns that voters may be confused by all the different ballot layouts.

“We had 3,200 voting sites across the state operating in California,” Alexander said. “And really, I can count in single digits the number of incidents that I heard about. And I think that the lesson I took away from that is by mailing everybody a ballot and giving them plenty of time to turn it in by mail or at drop-off locations prior to election day we really preload the voting process to alleviate pressure on voting sites on election day.”

The petition to recall Governor Gavin Newsom began in February of last year. Now, more than a year and a half later, California voters decided against the effort. On the day after the final ballots were cast, we analyze the election results and discuss what they tell us about the future of Gavin Newsom, the state’s Republican party, California’s pandemic response and more.

Mike Madrid, co-founder, The Lincoln Project, a group of Republicans seeking to prevent the re-election of former President Donald Trump. He is also a political consultant and partner with GrassrootsLab.

Quick results in California recall election not sign of ‘fraud’

CLAIM: Officials counted “9 million mail in ballots” in an hour in the California gubernatorial recall election, whereas it took some states weeks to tabulate results in the 2020 presidential election.

AP’S ASSESSMENT: Missing context. California’s recall election results were tabulated quickly in part because election officials were able to process mail-in ballots prior to Election Day. While The Associated Press and others have called the election, official counting continues.

THE FACTS: The AP declared Tuesday night that Gov. Gavin Newsom had defeated a GOP-led recall effort, based on the initial results of votes cast. In a tweet shared on Instagram, a conservative writer questioned the state’s quick tabulation of millions of votes, suggesting something was suspicious. 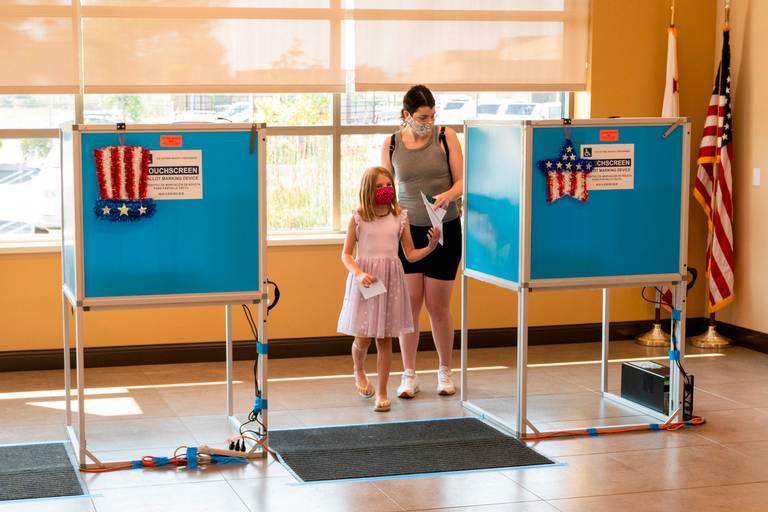